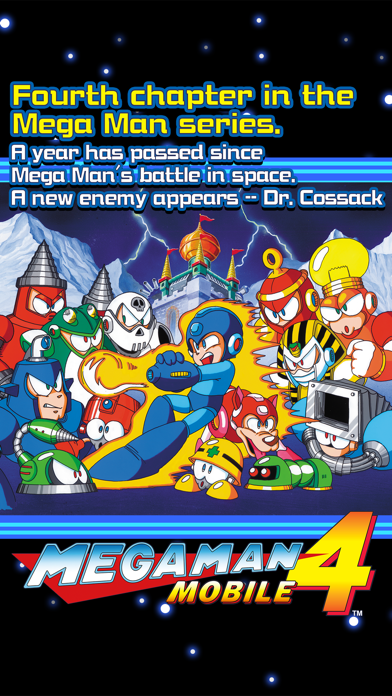 The Fourth Chapter in the Mega Man Saga
One Year After Mega Man's Battle in Space...

After restoring peace to humanity's perilous mining worlds, Mega Man has enjoyed a brief year of respite.
But now, the world is once again thrown into turmoil as eight cities are overthrown by rampaging robots!
Is this the work of Dr. Wily? Or some mysterious new enemy!?
Mega Man sets forth to take down this threat, equipped with the new Mega Buster!

◆New Feature
The "Mega Buster"!
Mega Man 4 was the first game to feature the chargeable Mega Buster.
Hold down the attack button to charge Mega Man's arm cannon,
and release for a devastating attack!