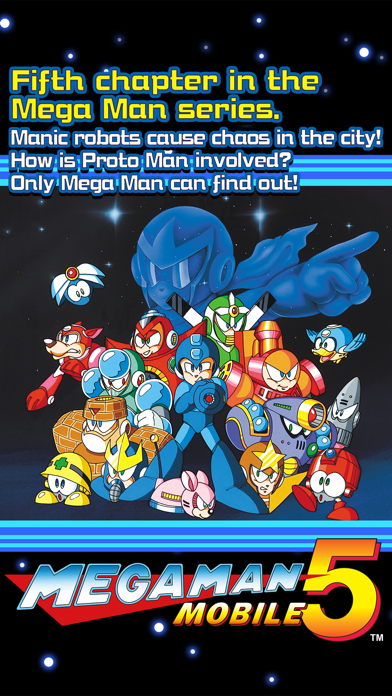 The Fifth Chapter in the Mega Man Saga

With Dr. Wily's plans foiled once more, Mega Man has settled back into a peaceful life.
But nothing could have prepared him for the apparent betrayal by his own brother, Proto Man...
Proto Man appears at the head of a legion of maniacal robot masters, the worst threat to world peace yet!

◆New Feature
The reformed Dr. Cossack has developed a new support droid to aid Mega Man; "Beat"!
Collect the special plates scattered throughout the eight starting stages to unlock your flying friend.
Once unlocked, Beat can be called in to dive-attack enemies!