This game has 1 reported Social Dark Patterns. There are 7 votes indicating the absense of a dark pattern.

The youtube channel that tells children to download this game, does so under the guise that it will help them defeat a group of evil hackers that want to destroy youtube; when in reality said group is fictional and the show is fictional, but the children do not know this and play the app to try and help them 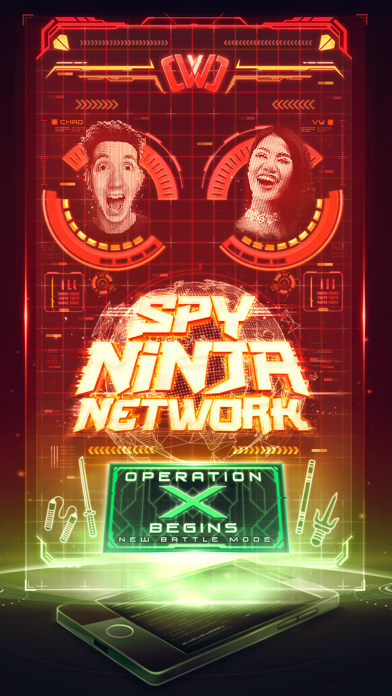 [ USE SPY NINJA TOOLS ]
The more you play, the more you help the fight against Project Zorgo!

More tools will be released as Chad & Vy gear up against the Hacker!

[ OPERATION X HAS BEGUN - NINJA GADGET BATTLE! ]
Collect Ninja Gadgets and BATTLE in Operation X! Choose from the Katana, Nunchucks, Sai, Staff and more, and see how far you can get. The further you go, the more you help Chad & Vy upgrade their Ninja Gadgets on YouTube!

[ CLUES & INTEL FROM CHAD & VY ]
Chad & Vy will be sending clues through the Spy Ninja Network so be on the lookout! Plus get secret updates and intel.

[ WHO’S THE BEST SPY NINJA? ]
View the scores of the top Spy Ninjas in the worldwide network. See if you have what it takes to be the best Spy Ninja in the world!

If you’re a true Spy Ninja then download the app and get on the Spy Ninja Network now - Chad & Vy are waiting for you to help take down Project Zorgo!