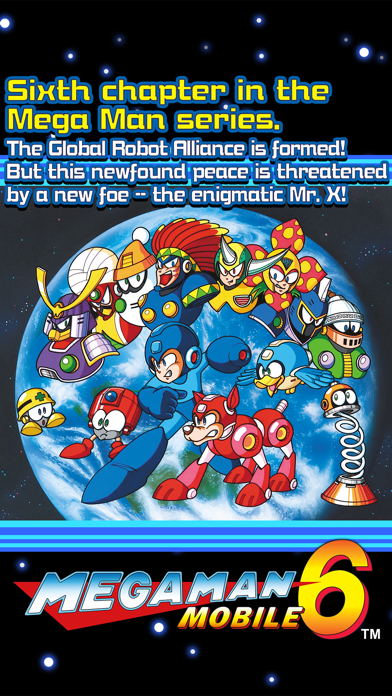 The Sixth Chapter in the Mega Man Saga

With the formation of the Global Robot Alliance, world peace seems assured at last.
But Mr. X, a supporter of the Alliance, subverts eight powerful robots from around the world
and uses them in an attempt at global domination! Can Mega Man put a stop to this diabolical plot!?

Power Mega Man
Charged shots from the powered-up weaponry of this suit can smash certain blocks, and even break through enemy shields!

Jet Mega Man
With this jet-powered armor, you can fly for as long as your energy gauge holds out!

Each armor type is unlocked by completing certain stages.