This game has 9 reported Temporal Dark Patterns. There are 12 votes indicating the absense of a dark pattern.


1 votes
2 votes
Can't Pause or Save -
1 / 2 votes
The game does not allow you to stop playing whenever you want.

This game has 7 reported Monetary Dark Patterns. There are 24 votes indicating the absense of a dark pattern.

This game has 7 reported Social Dark Patterns. There are 12 votes indicating the absense of a dark pattern.


2 votes
1 votes
Social Obligation / Guilds -
2 / 1 votes
To avoid letting down your friends, you are obligated to play when you don't want to.

This game has 7 reported Psychological Dark Patterns. There are 13 votes indicating the absense of a dark pattern.

A fair amount of activities are locked behind joining a 'Corporation'

Competition is not the main game mode, more often you will be cooperating

The premium currency is optional, the game is actually designed to be played slowly and only for a little bit each day. Back when I played it most people ended up spending a bit of money not because we felt we had to but because we wanted to support the developer.

I mean, yeah, that’s kind of the whole point.

It’s deliberately a slow game. This is the key feature of the game and it’s actually quite healthy, in my opinion. You can pay to skip them if you really want to but they’re priced to discourage that.

The premium currency is optional, the game is actually designed to be played slowly and only for a little bit each day. Back when I played it most people ended up spending a bit of money not because we felt we had to but because we wanted to support the developer.

Not required or forced. It’s honestly just a way to share things so that everyone benefits.

Competition is entirely optional, and it’s own part of the game completely separate from the rest.

Collecting shipments on all the planets you colonized, red star missions to collect artifacts to unlock tech 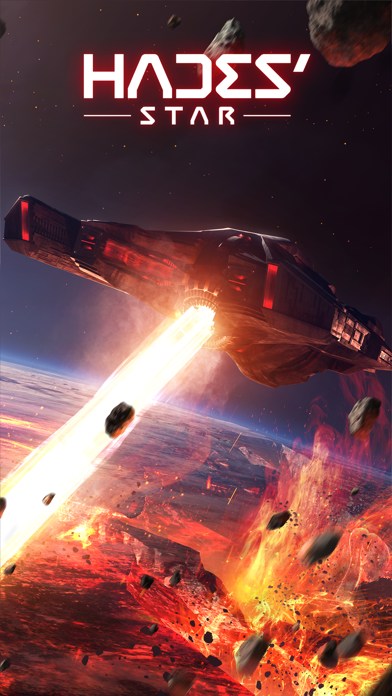 Leave your mark among millions of players in a persistent galaxy that constantly grows and evolves.

Hades’ Star is a unique online space strategy game. You are in control of a growing Empire, starting with a single planet in your own corner of space. Over time, you’ll expand to own multiple outposts, command a formidable fleet, research advanced technology, participate in diverse missions and manage relationships with other players in the game.

• Colonize numerous planets and watch them grow from lifeless rocks to central hubs of activity.
• Optimize trade routes, mine resources, explore new space and defend against the indigenous, mysterious alien space race
• Build combat, mining and trade ships and customize them with powerful modules
• Establish diplomatic relations with other players and dictate your rules for economic and military cooperation
• Work with other players in dangerous Red Stars and retrieve resources before the star goes Supernova
• Compete for rewards in the intense, rapidly collapsing Blue stars
• Organize with other players in Corporations and participate in highly strategic White Star missions
• Play and grow at your own pace: Nobody will unfairly steal your resources while you are offline

If you have any problem in the game, please contact us at support@hadesstar.com, or use the in-game "Contact Support" option.