Healthy Games The Battle of Polytopia

The Battle of Polytopia

This game has 3 reported Social Dark Patterns. There are 18 votes indicating the absense of a dark pattern.


1 votes
2 votes
Badges / Endowed Progress -
1 / 2 votes
Reluctancy to abandon a partially completed goal, even one forced upon the player.

Competition is healthy. You have to be the last “tribe” alive in order to win the game. That’s the only competition.

When starting a game, the star ranking for each tribe is shown indicating how high a score you've achieved with that tribe.

The single-player game is solid but the game is at its best when played against 1-7 other humans. 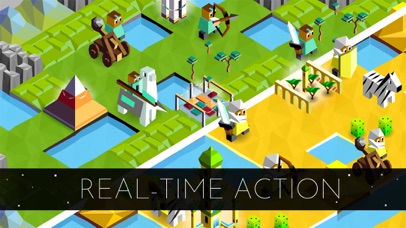 "The Battle of Polytopia is a turn based strategic adventure. It's a game about ruling the world, fighting evil AI tribes, discovering new lands and mastering new technologies.

Beat your friends in online battles and compete on the global high score list.

Pick and choose among different tribes. Wander in the dark cold forests of Barduria, explore the steamy Kickoo jungles or claim the lush field of the Imperius empire.

What our players are saying:

""I just can't get over how perfect this game is. It is a wonderfully unexpected gem. The only thing that I could critique is the price(it's too low).""

""It's mixture of simplicity and strategy are that of straight up brilliance.""

""It’s a great city building game that’s free of the shackles of “freemium,” and every strategy fan owes it to themselves to give it a shot at some point.""

The battle of Polytopia is the first game from the indie game studio Midjiwan, based in Stockholm, Sweden."