This game has 8 reported Monetary Dark Patterns. There are 0 votes indicating the absense of a dark pattern.

This game has 3 reported Psychological Dark Patterns. There are 2 votes indicating the absense of a dark pattern. 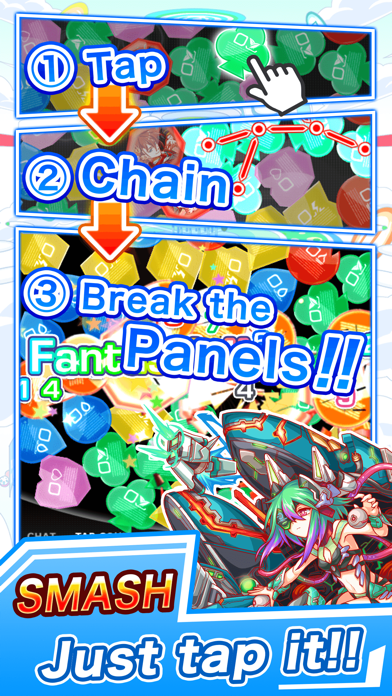 Play the smash hit that’s been downloaded over 10 million times worldwide!
Fun and intuitive! Multiplayer or Solo, an addicting Puzzle RPG with a twist.

JOIN THE MULTIPLAYER PARTY!
Play solo or join the party with worldwide co-op multiplayer action. Go on quests as a team. Work together, strategize and attack! Exchange IDs with friends, and share characters with other players. Social features help you feel a part of the active Crash Fever community.

EXHILARATING CHALLENGES. THE FUN DOESN’T STOP!
A simple twist on match-style gameplay cascading with fun. Take on regular quests, or try your hand at a variety of challenges. With Crash Fever you can always find new challenges, limited event quests, fun daily quests and more each week.

A PUZZLE GAME WITH CHARACTER
Collect, enhance, and awaken legions of units, build your own party and embark on fantastic quests in an anime-inspired virtual world. Then discover the mysteries of the Hatcher, filled with powerful Ultra Rare units and more.

NOTE: Crash Fever is free to download and play, however, some game items can also be purchased for real money. If you don't want to use this feature, please disable in-app purchases in your device's settings. A stable network connection is required to play.