This game has 0 reported Temporal Dark Patterns. There are 0 votes indicating the absense of a dark pattern.


No Temporal Dark Patterns have been reported for this game yet. Are you familiar with this game? Please review it.

This game has 9 reported Monetary Dark Patterns. There are 1 votes indicating the absense of a dark pattern.

This game has 3 reported Psychological Dark Patterns. There are 1 votes indicating the absense of a dark pattern.

Final Fantasy characters are used to sell the game 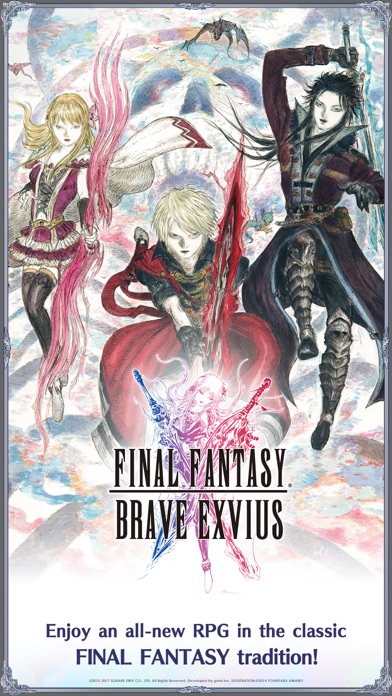 So begins a new tale of crystals...

Join forces with legendary heroes from your favorite FINAL FANTASY games, and experience a tale of high adventure in the palm of your hand.

With exciting battles, awe-inspiring visuals, and a whole realm to explore, this is one epic journey you won’t want to miss!

- Intuitive and strategic battles
Unleash devastating attacks with a tap of your finger, and combine magical abilities with tactical know-how to overpower your foes!

Join forces with Cecil, Terra, Vivi, Vaan, and other legendary heroes from your favorite FINAL FANTASY games, and experience a tale of high adventure in the palm of your hand.

And that’s not all—summon legendary FINAL FANTASY espers like Shiva, Ifrit, and more with awe-inspiring visuals!


- A vast realm to explore
Roam freely through exotic locales, and delve into perilous dungeons to search for items, rare treasures, hidden passages, and routes to new destinations!
Converse with the denizens of the realm and undertake challenging quests to reap items, gil, and even rare rewards.

Visions――
The hopes and dreams of legendary warriors given life.

Lapis――
A world of crystals and the visions that slumber within.

Harnessing the power of the crystals, mankind prospered, nations flourished.
But just as day gives way to night, that era of peace proved but a fleeting illusion.

Now, as their world stands on the precipice of ruin, two young knights summon visions to their side as they strike out on a journey to chase the shadows.

So begins a new tale of crystals, and the heroes who would save them...