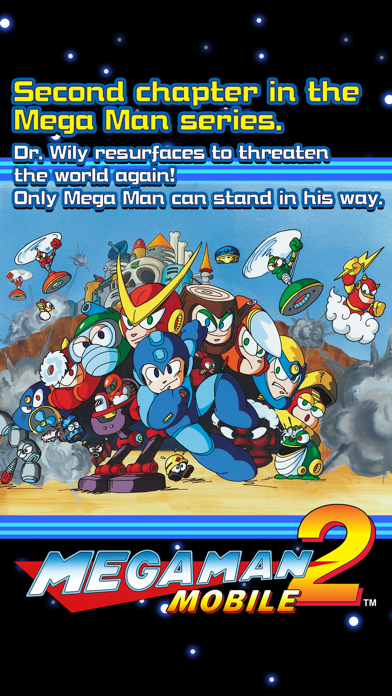 With Dr. Wily's mad scheme for world domination brought to a halt, peace reigns once more.
But Dr. Wily has secretly created another eight stupendously powerful robot masters.
With these villainous bots unleashed upon the world, can Mega Man stand up to the challenge and stop Dr. Wily again!?

◆New Feature
Mega Man 2 was the game that introduced the "E Tank"!
E Tanks are single-use items that can be used at any time to refill Mega Man's life gauge.
Keep your eyes peeled for E Tanks placed around the stages!

Mega Man 2 is a larger-scale title than its predecessor, with eight enemy robot masters instead of six,
and a total of fourteen challenging stages to traverse; the eight robot masters' bases, and six deadly Wily stages.