The Binding of Isaac: Rebirth

This game has 1 reported Temporal Dark Patterns. There are 13 votes indicating the absense of a dark pattern.

The entire game is centered around chance

There are daily challenges which are mandatory for some achievements. 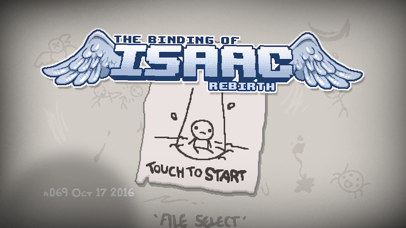 Gameplay
The Binding of Isaac is a randomly generated action RPG shooter with heavy Rogue-like elements. Following Isaac on his journey players will find bizarre treasures that change Isaac’s form giving him super human abilities and enabling him to fight off droves of mysterious creatures, discover secrets and fight his way to safety.

About the Binding Of Isaac: Rebirth
The Binding of Isaac: Rebirth is the ultimate of remakes with an all-new highly efficient game engine, all-new hand-drawn pixel style artwork, highly polished visual effects, all-new soundtrack and audio by the the sexy Ridiculon duo Matthias Bossi + Jon Evans. Oh yeah, and hundreds upon hundreds of designs, redesigns and re-tuned enhancements by series creator, Edmund McMillen. Did we mention the poop?