This game has 10 reported Temporal Dark Patterns. There are 2 votes indicating the absense of a dark pattern.

This game has 13 reported Monetary Dark Patterns. There are 4 votes indicating the absense of a dark pattern.

This game has 5 reported Social Dark Patterns. There are 4 votes indicating the absense of a dark pattern.


1 votes
1 votes
Encourages Anti-Social Behavior -
1 / 1 votes
The game incentivizes players to lie, cheat, or backstab other players to get ahead. 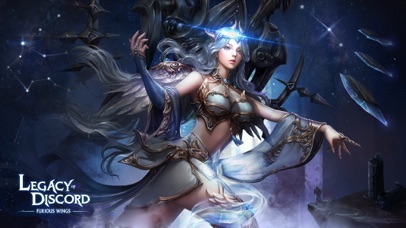 Experience intense real-time combat as you hack, slash, and blast your way through a vast fantasy world! Party with friends to raid treacherous Dungeons or clash against rivals in the Arena and large-scale PvP Battlegrounds. Upgrade and transform yourself from a fledging warrior to an unstoppable God of War!

Pantheons of Aurora
Play the Role of an Ancient God.
A new dimension of gameplay that enables players to assume the role of one of the ancient Greek gods. Collect different gods and hear their stories. Let the Gods Boost Your Combat Power .

Guild Clash is a cross-server battle of 4 guilds each bringing 20 people. A clash of this magnitude is bound to create a beautiful chaos that will reverberate throughout the realm. Honor through battles, legend through unity.

New Flying Edition featuring Aerial Battles!
I Believe I Can FLY! All new SkyWings system lets you take your battles to the air! Experience new dungeons and face epic flying bosses as you conquer the skies!

Description of Subscription option in Legacy of Discord:
·Name: Monthly Subscription
·Price: $9.99 (Price may vary by location)
·Duration: 1 month
·Content: Subscribers can get an Epic pet every month, and other great bonuses with a total value over 20,000 Diamonds.
·Auto-pay: Subscriptions will be charged to your credit card through your iTunes account. Your subscription will automatically renew unless canceled at least 24 hours before the end of the current period. You will not be able to cancel the subscription once activated. Manage your subscriptions in Account Settings after purchase.
·Terms of Service and Privacy Policy: https://www.gtarcade.com/terms